Happy hump day everyone! I can’t believe we are already in our second week of the New Year! Anyone else already struggling to stay on track with those New Year’s resolutions? I have yet to start my biggest one, using my planner! My sister gave me the cutest one for Christmas and I have been studying it, planning how I am going to attack using it, and trying to organize everything I already have planned for the year. But I haven’t actually written a single thing down yet. It sounds insane I know! It’s almost too pretty to write in… just almost.

This outfit was inspired by a trend that I had seen pop up and was dying to try- blanket scarf turned vest! I find it funny that last season I had all of these blanket scarves but really didn’t wear them because I didn’t know how. Now this season there are a million in one ways to wear them so I have had fun pulling them all out of the back of my closet and giving them a second shot. Purple is hands down my favorite color and for some crazy reason it does not exist in my wardrobe! Since winter makes it a little more difficult to add color in to your outfit, being that you don’t have all of the bright options that summer brings, I try to add pops of color whenever I can. Don’t get me wrong I LOVE a good winter neutrals look and you can find me wearing this sweater dress, leggings and boots combo all day everyday, but adding color just brightens up an outfit.

This easy make shift scarf vest is the easiest to pull off. If you already have a scarf simply hang it around your neck and belt it around your stomach. I used a pretty small belt so that it would create the cinched look i was going for. Also my scarf was a pretty big size so i folded it in half length wise before draping around my neck.

Can we talk about these boots for a minute?! If a pair of shoes has ever made me feel like a million bucks, these are them! They look so sleek and chic! Now if only I had thought to buy them in every color 😉

Happy New Year guys! The last 2 weeks have been a whirlwind with Christmas and then New Years, and thankfully an easy couple of work weeks. I really do hope you all got to spend time with family, friends, and loved ones. I rang in the New Year with some of my favorite people and somehow happened to only snag this one picture. Too much champagne? It is very possible.

I don’t normally believe in waiting until the new year to set resolutions or goals but I decided to set a few this year being that I felt like I am starting a new chapter. Starting this blog I really am figuring it out as I go and so I think setting goals in that area is important to get it where I want it to be. As for my other goals these mostly come with either “having to adult” (as I like to call it) or simply areas of my life that I would like to prioritize this year.

So let’s kick off 2016 with a bang and put those resolutions into action. If you have made any resolutions or goals for the new year I would love to hear them 🙂 CHEERS!

New Year’s Eve is upon us and I wanted to share another easy look for the festive night! I picked up this dress last year from Forever 21 for under $30 and its still a crowd favorite. If you are over the sequins, metallic is the next best thing!

Pairing your outfit with a statement clutch is sure to add that extra touch!

I can’t get over the fact that these heels are from Target! They are very similar to more expensive pairs that I have been coveting at 1/3 of the price. The earrings that I am wearing are actually my grandmothers that I have always admired that she gifted me on my 21st birthday. I’m not usually a fan of hoops but this pair stole my heart! My suggestions for a stunner New Year’s Eve outfit are to avoid the sequins this year, and instead go for a classier look. If wearing a bold dress, pair it with a simple, classic shoe like I did here. If you are wanting to let the shoes do the talking, pair it with a simple dress like this. Whatever you choose, make sure your most festive accessory is your champagne 🙂 CHEERS!

We’ve barely recovered from all of the craziness of Christmas and already it’s time to turn our attention to New Year’s. Most of my style is usually very girly, and black is not a common color found in my closet, but this little number was the perfect combination of edgy and chic.

This shade of MAC lipstick (found here) has been my go to for a bold lip color this season.

This dress is from Free People last year and is actually a slip that I paired with another solid black slip underneath (found here). Since New Year’s Eve is usually a little chilly (and I say usually because Houston hasn’t been getting the cold memo), I thought that this adorable faux fur coat was the perfect festive piece to go with. To me, New Year’s Eve is all about bringing in the new year in style. Make your outfit fun by adding in something that sparkles or pops! 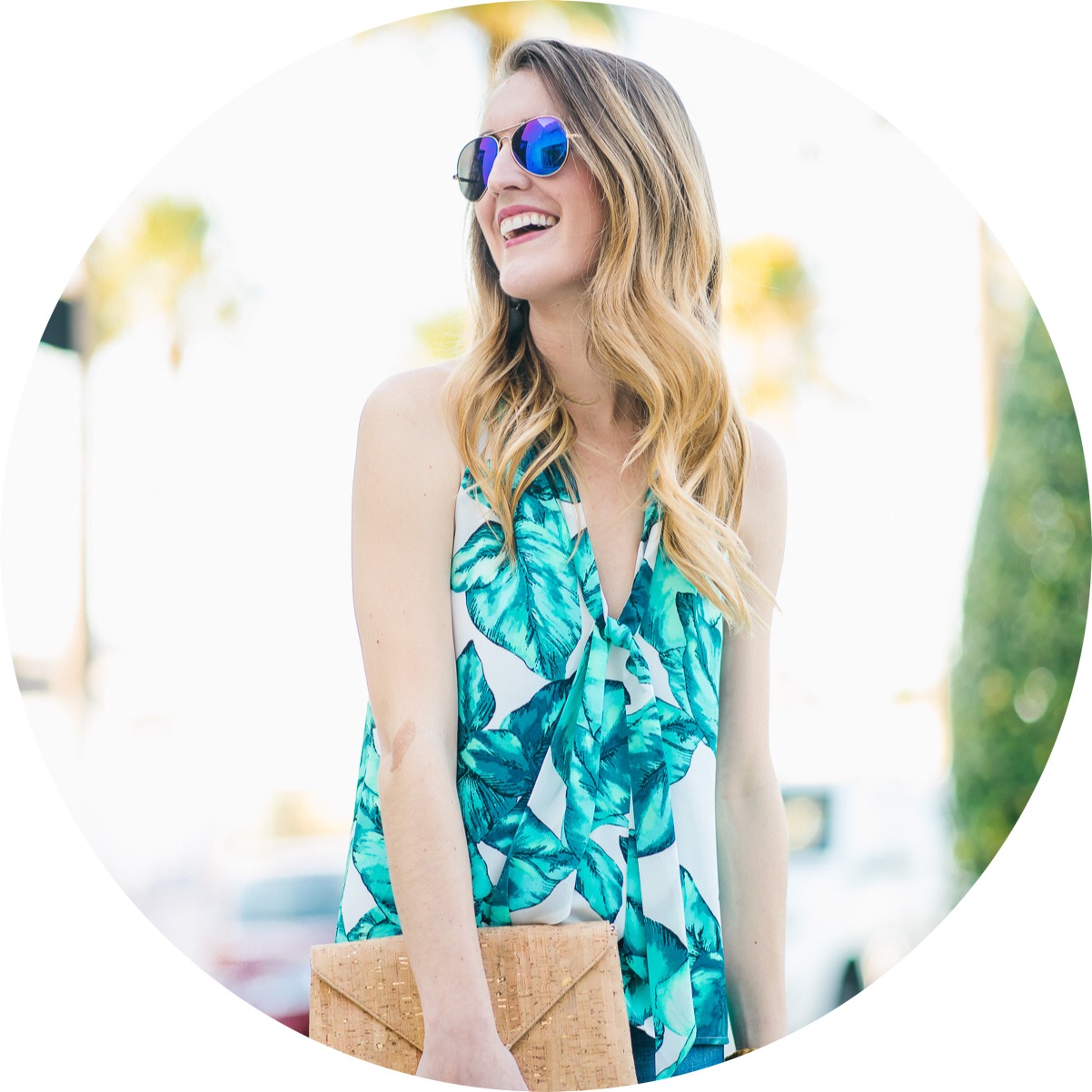 Business in the front, party in the back💃🏻St

I have an addiction to overpriced workout classes